Thank you for inspiring me to document musings and learnings from the field of leadership, team performance and conscious change. I trust you'll find the exercises, resources and insights useful whether you are a leader, team player, coach/consultant or change agent. 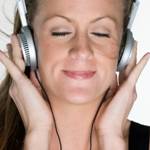 I'm sharing some quotes that struck a chord with me this week...How do they resonate with you?

The Dalai Lama, when asked what surprised him most about humanity said, "Man. Because he sacrifices his health in order to make money. Then he sacrifices money to recuperate his health.  And then he is so anxious about the future that he does not enjoy the present; the result being that he does not live in the present or the future; he lives as if he is never going to die, and then dies having never really lived.”

"The meaning of life is not a fact to be discovered, but a choice that you make about the way you live." --Hilda Berstein, South African activist

"Conversation is the vehicle for change. We test our ideas. We hear our own voice in concert with another." --Terry Tempest Williams

"Champions keep playing until they get it right." --Billie Jean King