Thank you for inspiring me to document musings and learnings from the field of leadership, team performance and conscious change. I trust you'll find the exercises, resources and insights useful whether you are a leader, team player, coach/consultant or change agent.

Feed Forward instead of Back 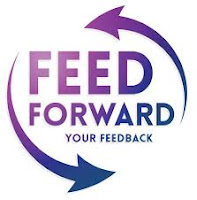 Providing helpful feedback is a challenge for many leaders and teams. Why? We:

Feedback is a key practice on high-performing teams and not just from leader to team member. To address #3, shift your approach from feed "back" to feed "forward".  Instead of pointing out "what is wrong" (that often has a pinch of punishment energy to it) explore "what might be".  Instead of looking back at what can't be changed, look forward to what is possible.

Try it for yourself with a direct report or colleague:
You may experience this as a generative, energizing experience and actually enjoy it. For more on FeedForward check out Marshall Goldsmith's research. Thanks to Liz for the discovery!
0 comments

Are you a carrot, an egg or a coffee bean in your leadership?

"A young woman went to her mother and told her about her life and how things were so hard for her. She did not know how she was going to make it and wanted to give up. She was tired of fighting and struggling. Her mother took her to the kitchen. She filled three pots with water. In the first she placed carrots, in the second she placed eggs, and in the last she placed ground coffee beans. She let them boil for twenty minutes. She fished the carrots out and placed them in a bowl. She pulled the eggs out and placed them in a bowl. Then she ladled the coffee out and placed it in a bowl.

Turning to her daughter, she asked, "Tell me, what do you see?" "Carrots, eggs, and coffee," she replied. She brought her closer and asked her to feel the carrots. She did and noted that they were soft and mushy. She then asked her to take an egg and break it. After pulling off the shell, she observed the hardened egg. Finally, she asked her to sip the coffee. The daughter smiled as she tasted its deep flavor and inhaled its rich aroma. The daughter then asked, "What's the point, mother?"

Her mother explained that each of these objects had faced the same adversity - boiling water - but each reacted differently. The carrot went in strong, hard and unrelenting. However, after being subjected to the boiling water, it became weak. The egg had been fragile. Its thin, outer shell had protected its liquid interior, but after sitting through the boiling water, its inside became hardened.
The ground coffee beans were unique, however. After they were in the boiling water they had changed the water. "Which are you?" she asked her daughter. "When adversity knocks on your door, how do you respond? Are you a carrot, an egg, or a coffee bean?"

Think of this: Which am I in my leadership? Am I the carrot that seems strong? But with pain and adversity, do I wilt and lose my strength? Am I the egg that starts with a malleable heart, but changes with the heat? Did I have a fluid Spirit but, after adversity, have I become hardened and stiff? Does my shell look the same, but on the inside am I bitter and tough with a hardened heart? Or am I like the coffee bean? The bean actually changes the hot water - the very circumstance that brings the adversity, the pain, the hardship – into something quite wonderful. When the water gets hot, it releases its fragrance and flavor. If you are like the bean, when things are at their worst, you get better, and change the situation around you for the better." --Author Unknown


Thank you to Clint for the resource!
0 comments

"More and more I have come to admire resilience," writes Jane Hirshfield in her poem "Optimism." Not the simple resistance of a pillow," she adds, "whose foam returns over and over to the same shape, but the sinuous tenacity of a tree: finding the light newly blocked on one side, it turns to another."

Where can you be more like a tree in your leadership?  How grounded are you? What are you reaching for? What is moving you?

Thanks to Rob Brezney for the resource Jane Hirshfield
0 comments

Thought for the Day 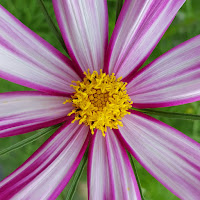 “Mindfulness at work is being kind and collaborative in our interactions, keeping mutual goals in mind, and also keeping in mind that everyone deserves to be happy.”

Teams tend to implicitly follow the rules of a dominant operating system but rarely discuss what that structure is and if it is serves their goal achievement. David Kantor's research illuminates the structural dynamics in human systems. One element he asks us to consider is the unspoken rules (or ways of operating) that influence team performance. They are:

Which operating system do you prefer? What is the dominate system on your team? In your organization? Does each align or clash? How do these archetypes help or hinder results delivery?

Try not to judge or make one structure better than the other, as each has a time and place. Seek first to understand then consciously choose what system is optimal!

The pace of change is accelerating. Doing more with less is the norm. Teams must learn to welcome change and work with constraints to deliver winning results. One of the key differences in successful companies is the ability to anticipate and execute team changes as quickly and efficiently as possible.
How can you remain competitive when team membership constantly changes, new leaders come and go, initiatives change daily, mergers are on the horizon, revenue pressures are persistent, etc. etc.?
Transition expert William Bridges states, "It isn't the changes that can do you in, it's the transitions. Change is not the same as transition. Change is situational: the new boss, the changing team members, the new policy, the new law, the layoff. Transition is the psychological process people go through to come to terms with the new situation. Change is external. Transition is internal"
We tend to spend our time on what's next and miss the opportunity to close out the past consciously and address the 4 D's of an ending; Disengagement, Dis-identification, Disenchantment, and Disorientation.

Next time your team is in the midst of a transition (large or small), start with these questions to move from an ending, to the neutral zone and your new beginning:

1. What is changing?
2. What will actually be different because of the change?
3. What are you going to lose (or believe you will lose)?

4. What do you need to grieve, resolve, thank or let go of to move into the neutral zone?


5. What do you believe is possible now? 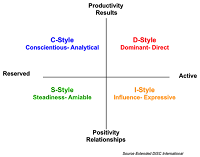 It is said that our greatest strength can be a blessing and a curse. At our best we are choosing the optimal strength for a given situation. Using DISC as a lens, we can apply direct, influencing, steady or conscientious action to achieve a desired result. During challenging times however, something changes in our inner world so a strength may express in an extreme or opposing manner.

When we are triggered by a situation, person or experience our emotional body is no longer being guided by our higher self and so we behave in seemingly confusing ways. Normal stress behaviors such as autocratic (for the D), attack (for the I), acquiesce (for the S) or avoid (for the C) don't provide the relief we seek and so we may apply a more dramatic strategy. We no longer care about our long-term desired result but are focused blindly on self-protection or preservation.

The D who is normally decisive and bold may move beyond the "normal" stress behavior of overbearing and exhibit the S's passive/aggressive tendency. The I who is wants to be involved may not attack but instead clam up like the C stressor tendency. The S who desires harmony may become agressive like the D under stress and the C who values respect and expertise may lash out like the I in stress. It seems that the stronger the trigger, the greater the opposing preference or reaction.

If we recognize that when we are triggered, we are actually in an altered or unconscious state (and in that moment are not able to recognize what is going on or what we really need) we can rely on awareness, understanding and humble pie to get back to center where answers are available and everything is possible.

Thanks to Lyndee for this insight!
0 comments

Excessive sitting of 9 hours a day (which is more than most of us sleep) can be a lethal activity according to a Mayo Clinic Study. After 1 hour of unconscious sitting our metabolism slows down, the enzymes that burn fat decline, good cholesterol lowers, blood pressure elevates, the pancreas overproduces, backs tighten, joints shorten and the brain gets foggy.

If "sitting is the new smoking" what can we do, especially with the constant drive for output, innovation and agility in business today? Move and sit with greater awareness!

Experiment for yourself and notice the result:

Read Washington Post and HBR article for more. Thanks to Megan for the resource!
0 comments

Be Kind in Thought

Water crystals change from beautiful to distorted based on what is communicated with thoughts and words according to the work of Masaru Emoto. So what does our limiting self talk do to us and what could shift with a little appreciation?

"Be kind to yourself, and your mind will become kind as well. That's how it works." Adyashanti

From Dysfunction to Cohesiveness 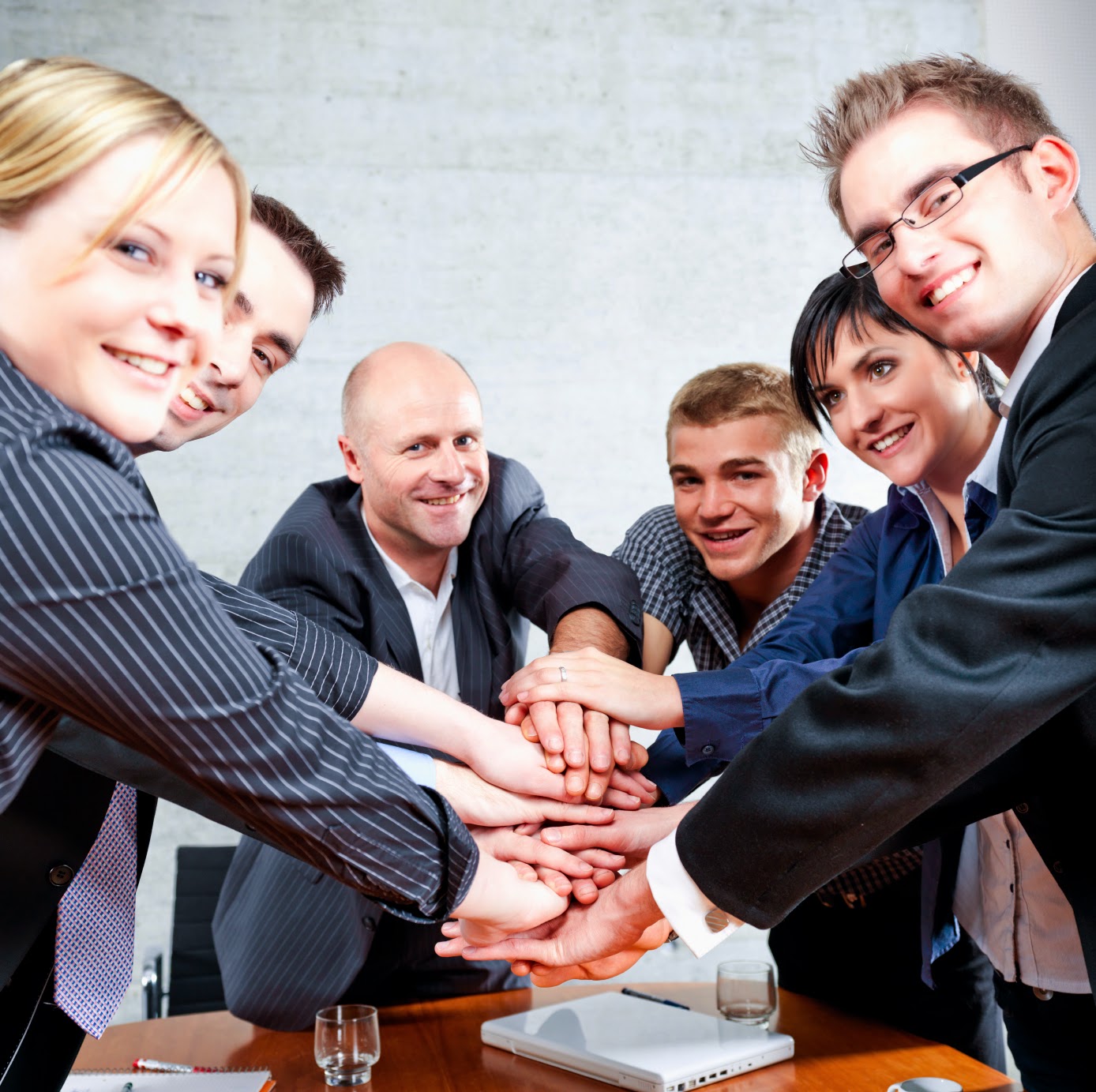 If you want to cultivate team excellence, where do you start?

Patrick Lencioni has recently renamed the 5 Dysfunctions of a Team to the 5 Behaviors of a Cohesive Team. It is more than semantics because teams that operate as a unified, synergistic whole do outperform those that don't. And what we put our attention on grows!

Begin by considering 5 fundamental areas of influence. Does your team:

We've found that high levels of trust, conflict competence, commitment, accountability and results-orientation do in fact contribute to team excellence if we focus on what we do want (cohesion) instead of what we don't (dysfunction).
0 comments